Summer reading at our library is just around the corner. There are prizes and free books to be had by all but the big question is, will you do it? Will you read books this summer? Will you participate in a reading program at your library? Will you attend summer reading teen events? I’m hoping the answer is yes, yes, and yes.

If you’re REALLY motivated and you’re preparing to go to college you might want to consider reading some of these fantastic books from our list of “Outstanding Books for the College Bound”. Who knows, you might even enjoy it! So, Make Waves and Read!

“Tattoo Machine: Tall Tales, True Stories, and My Life in Ink, by Jeff Johnson.  “A behind-the-scenes tour of the fabled tattoo industry on the arm of aswashbuckling insider and natural-born storyteller.”  The next time some teacher wants you to read a non-fiction book, don’t think they’re all boring!” 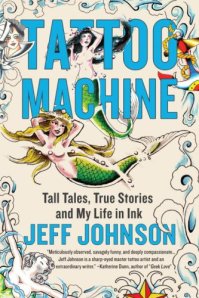 There are also a couple of new books at the library you might be interested in—part of the adult nonfiction collection.  (They will be found on the “new” bookshelves, on your left as you enter the library.)

The Simpsons: an uncensored, unauthorized history, by John Ortved.  “…the first-ever look behind the scenes at the creation and day-to-day running of the show… an intriguing yet hilarious tale, portraying more than two decades of betrayal, ambition, and love.” 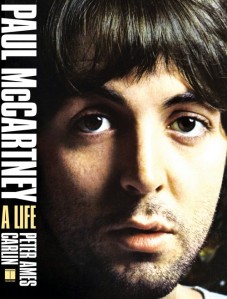 Paul McCartney: a life, by Peter Ames Carlin.  “…examines McCartney’s entire life, casting new light not just on the Beatles era, but also on his years with Wings and his thirty-year relationship with his first wife, Linda McCartney.  Carlin presents McCartney as amusical visionary…also reveals a layered and often conflicted figure, haunted by his legacy—and particularly his relationship with John Lennon.”